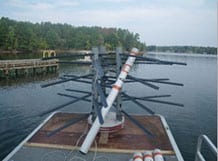 Harris Lake is a 1,680-ha impoundment of White Oak and Buckhorn Creeks, tributaries of the Cape Fear River, and is located 35-km southwest of Raleigh, North Carolina. It is owned by Duke Energy Progress and serves as make-up cooling water for Shearon Harris Nuclear Electrical Generation Station and general operational water supply for the nuclear station. Harris is a productive eutrophic reservoir that supports a multi-species fishery consisting of Largemouth Bass, Black Crappie, sunfish species, Channel Catfish, White Catfish, bullhead catfishes, Chain Pickerel, and White Perch. Additionally, Gizzard Shad and Threadfin Shad play an important role in the food web at Harris Lake. During a 1997–1998 creel survey at Harris Lake, Largemouth Bass fishing was the most popular of all species and accounted for 67% of the directed effort, followed by Black Crappie at 17%. Harris Lake was ranked 4th in the nation for best bass lakes in America and first in the southeast region by Bassmaster in 2017.
The 37-year-old reservoir was cleared of all woody habitat prior to filling. There is no standing timber and only a few stumps remain in coves. Current aquatic habitat includes rock outcroppings, flats, roadbeds, five artificial fish attractor reefs and aquatic vegetation.

Like most reservoirs, its main creek coves have started to silt in. Hydrilla  has been present in the reservoir since the mid-80’s. Grass carp were stocked in 2018 to control the Hydrilla. With increasing watershed development and reduction of Hydrilla , lake managers are concerned the reservoir will shift to a more algae-dominated system with higher nutrients, turbidity and siltation. The North Carolina Wildlife Resources Commission developed a comprehensive five-year aquatic habitat enhancement plan with input from the public and other partners in December 2018. The plan prioritized work over a 5-year period with the goal to install at least 12 hectares of artificial (Georgia Cubes; approximately 700 fish habitat structures) and natural structure; and establish founder colonies totaling 0.4 hectare of native vegetation. Project objectives include:

3) establish and expand coverage of native aquatic macrophyte communities (0.4 hectare of founder colonies) and install at least 12 hectares of artificial and natural structure (700 fish attractors) to improve physical habitat by 2023,

4) establish at a minimum 0.1 hectares of founder colonies and 4 hectares of artificial and natural structure (250 fish attractors and 20 cut-n-cable trees) by September 2021,

6) provide competition for and reduce Lyngbya density, a cyanobacteria around revegetation areas.

Harris Reservoir has multiple fisheries habitat issues. The 37-year-old reservoir was cleared of all woody habitat prior to filling. There is no standing timber and only a few stumps remain in coves. Current aquatic habitat includes rock outcroppings, flats, roadbeds, five artificial fish attractor reefs and aquatic vegetation. Like most reservoirs, its main creek coves have started to silt in. Hydrilla, a federally noxious and Class A noxious weed in North Carolina, has been present in the reservoir since the mid-80’s. Aquatic Invasive Species prevention and control is critical to sustaining quality fisheries. Grass carp are being stocked to control the Hydrilla but the result will likely be removal of critical littoral fisheries habitat. Establishing water willow, a native plant that is not palatable to grass carp, will eventually replace that critical littoral habitat. The habitat management plan calls fro a 5-year effort to provide woody and artificial habitat for adult fishes. We look forward to having a high-quality, sustainable fishery on Harris.

Like many aging reservoirs, sedimentation continues to degrade the fisheries habitat. Lack of woody cover limits the nursery habitat of juvenile fishes and resting and foraging cover of adult fishes. Aquatic Invasive Species, in this case Hydrilla, tend to overpopulate upon becoming established in new systems. Aquatic vegetation provides excellent shoreline habitat but Hydrilla can and has become so dense that it can interfere with boating and create oxygen problems. Fortunately North Carolina Wildlife Resources Commission has a plan to address these threats. 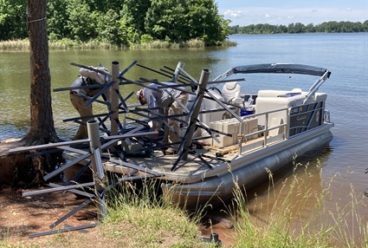 The N.C. Wildlife Resources Commission created three new shallow-water fishing coves in Shearon Harris Lake in Chatham and Wake counties this week. This is the first time these types of […]

Volunteers joined with the North Carolina Wildlife Resources Commission (NCWRC) this past summer to continue a long-term habitat enhancement program on Shearon Harris Reservoir, commonly recognized as the state's premier […] 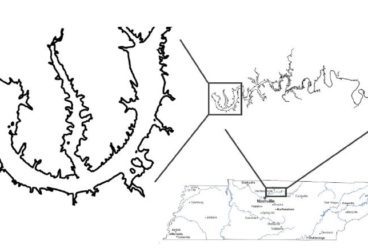 This project benefits the habitat of Old Hickory Reservoir, which is a 22,500-acre mainstem reservoir on the Cumberland River. Specifically, this project will... 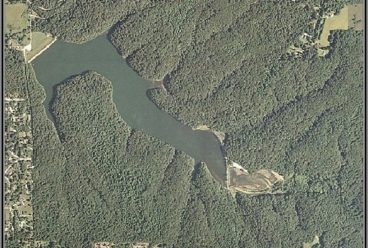 The goal of this project is to improve habitat for the following sportfish species: bass, bluegill, catfish, and crappie. 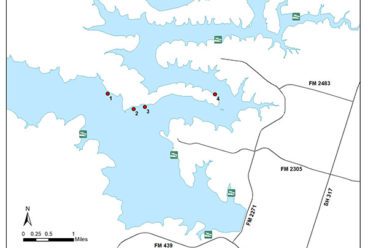 Belton Reservoir is a 12,385-acre impoundment located in Bell County, Texas. It was constructed in 1954 by the U.S. Army Corp of Engineers...