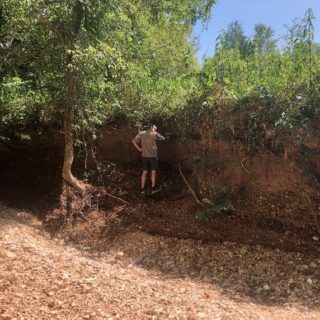 Project partners are working in collaboration to achieve three main goals. A Stream Channel and Riparian Stabilization Project will implement best management practices to achieve nutrient and sediment reductions, and will be installed along Clifty Creek, a tributary of War Eagle Creek, and within close proximity of Beaver Lake. The Cedar Tree Habitat Project will remove invasive cedar trees along Beaver Lake shorelines and relocate them within lake areas to improve fish habitat and angler engagement. Education and outreach efforts will provide education, outreach and surveys to stakeholders and partners to increase awareness, provide replicable models for additional projects and evaluate success.

Beaver Lake is an aging reservoir, it is over 53 years old and fish habitat is degrading over time.  The lake is located in the Southern Appalachians region and increased siltation, excessive nutrients, and lack of littoral structure are priorities for habitat impairments (NFHP Appendix B). 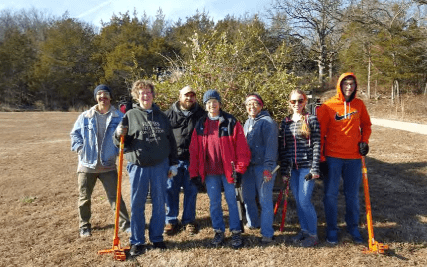 Beaver Lake is an 11,500 hectare (28,000 acre) lake located on the upper White River in Northwest Arkansas. The lake functions as a source of flood control, recreational activity, hydroelectric power generation and is used as a source water drinking supply for over 500,000 people including the surrounding cities of Fayetteville, Springdale, Lowell, Bentonville, Eureka Springs, Harrison and Rogers. Studies by the U.S. Army Corp of Engineers indicate that 4.2 million people utilize the recreational facilities on Beaver Lake annually for recreational activities such as fishing, boating, skiing and camping.  Using figures from the Rogers Chamber of Commerce, these activities generate approximately $128 million in local revenue and help support the local economy of Northwest Arkansas.

Beaver Lake has a variety of habitats, including 450 miles of shoreline. Shoreline habitat varies from shallow sloping mud flats, moderately sloping gravel and cobble banks, to sheer vertical limestone and sandstone cliffs with large rockslides. Historically, standing timber was abundant in some coves, but is now deteriorating as the lake ages.

The fertility of Beaver Lake varies from being extremely fertile in the upper reaches of the tributary arms to being relatively infertile in the lower areas around the dam. This fertility gradient is a function of the high retention time (1.5 year’s average) of water in the reservoir working in combination with varying inflows of nutrients and sediment into the reservoir.

Nutrient and sediment inflows can vary greatly depending on rainfall amounts and agricultural and urban practices in the watershed. The Beaver Lake watershed is 1,192 square miles, and includes portions of Benton, Carroll, Washington, and Madison counties and 17 incorporated municipalities or villages (see Figure 1 and 2). Major nutrient and sediment sources include nonpoint sources such as erosion of stream banks and major county roads, fertilized pasturelands, poultry and swine farms and urban storm water runoff. 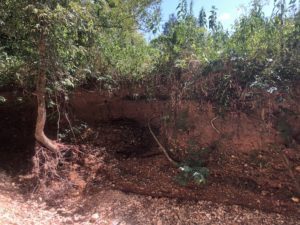 According to the Beaver Lake Watershed Protection Strategy (Strategy), future annual sediment loading is estimated to increase 21 percent or almost 50,000 tons per year. Without additional protective measures, stream channel erosion is estimated to contribute most (approximately 60 percent) of the sediment load to Beaver Lake. While the decrease in areas categorized as agriculture, pasture, and forest will reduce sediment loading by around 18,400 tons/year from those sources, channel erosion and land developed as low density residential tracts are estimated to increase sediment contributions by approximately 28,850 and 36,700 tons/year, respectively. By 2055, the total phosphorus in the lake is expected to increase by approximately 24,000 pounds per year. As with sediment, the Beaver Lake and War Eagle Creek subwatersheds are predicted to be the largest sources of phosphorus to the lake. The War Eagle Creek subwatershed is predicted to deliver the largest nitrogen load under both existing and future scenarios (See Figures 3 and 4). War Eagle Creek is also listed by the Arkansas Division of Environmental Quality as an impaired stream due to increased siltation and nutrients.

War Eagle Creek has been sampled over the years and supports an average population of Largemouth Bass, Smallmouth Bass and Spotted Bass (Quinn et al 2010).  However, major flooding in the creek, which led to increased siltation, was linked to a reduction in catch rates of black bass in 2014.  A reduced creel limit was put in place in 2014 (creel limit reduced from 6 per day to 2 per day on black bass).

Thousands of standing trees that were in the lake during impoundment have broken down and are no longer available habitat for aquatic species. This loss of fish habitat is occurring in large reservoirs all over the United States (Miranda 2017) and habitat enhancement projects are very important for fish species.  Peer projects to reference include a large-scale fish habitat project on Table Rock Lake, located just downstream of Beaver Lake, which placed over 2,000 new habitat sites and greatly improved fish biomass, which increased angler satisfaction and catch rates after the project (Allen et al. 2014).  The project was completed in 5 years and over $4 million dollars were contributed towards improvements for fish habitat in the lake. Surveys conducted from the Table Rock fish habitat enhancement projects showed these to be very popular with the angler communities. A professional angler indicated that the project made it easier for fisherman to find and catch fish (Norris 2016).  This proposed Beaver Lake project will be just as important and popular with anglers, hunters, wildlife enthusiasts, and nature observers.

The proposed project will work with landowners on Big Clifty Creek (a tributary to War Eagle Creek) to restore 300 linear feet of eroded stream banks to reduce sediment and nutrient loading into War Eagle Creek and Beaver Lake (See Figure 5).  Funds from NFHP will go directly to material for bank stabilization on Clifty Creek utilizing 800 tons of large rock to stabilize stream channel flow and reduce sediments into Beaver Lake and its watershed. Contract services will also include riparian enhancement along the stream restoration, approximately 6 acres revegetated with native plants of the Ozarks.

The goals of the Beaver Lake Cedar Tree Habitat Project will be to improve fish, wildlife and glade habitats on Beaver Lake, and Beaver Lake Wildlife Management Area (WMA) by removing invasive Eastern Red Cedar trees from several areas around the lake.  Removal of the trees will correspond with a prescribed burn schedule to improve plant diversity and wildlife habitat.  The trees will be placed in Beaver Lake to improve fish habitat around the lake.  Habitat placement goals include 110 new fish habitat sites on Beaver Lake, thirty sites will be located close to public use areas to improve shoreline angling success and increase access to underserved community groups.

Partners will coordinate at least 6 volunteer habitat days on Beaver Lake, where volunteer help will assist in sinking invasive cedar trees in Beaver Lake.  The volunteers will help place an additional 20 habitat sites in the lake (a total of 130 fish habitat sites for the whole project).  Each site will have 6 large cedar trees and will be placed in 15-35 feet of water.  Habitat days will be advertised and publicized on social media and other media platforms, including the Alliance digital and mailed media.  The goal is gain public support and cooperation in the fish and wildlife enhancement project.  We will utilize at least 80 volunteers and this time will add $12,672 of in-kind contribution.

AGFC will place cedar trees is various configurations to determine which structure holds more fish (based on electrofishing or scuba sampling).  Each configuration will have 10 sites to be evaluated.

Education and outreach efforts, provided in part by the Alliance, include quarterly mail outs and digital newsletters to over 20,000 streamside, pasture and forested landowners in the Beaver Lake watershed area. Outreach and education will focus on project partnerships, best management practices used and highlight milestones and successes of the project. Volunteer groups will be notified of opportunities to assist in riparian vegetation establishment. Beaver Watershed Alliance has established outreach channels and volunteer base to achieve this goal. 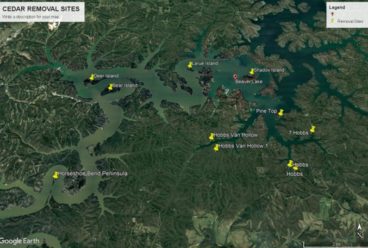 The mid-June morning was hot and so was the catching. Wiegmann and Glenn caught the first crappie not long after their crank baits were in the water. Wiegmann had the hot hand catching most of... 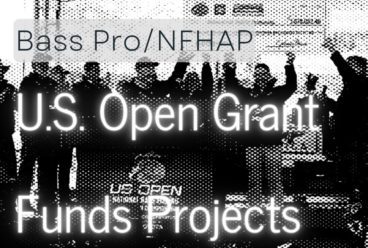 Olpe City Lake is situated on the eastern edge of the Flint Hills region of Kansas. The lake is located one mile... 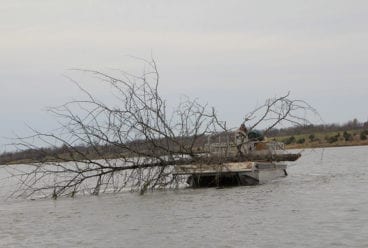