The Oregon Bass Nation is dedicated to conservation and the bass anglers in the state of Oregon. Oregon Bass joined FOR in May, 2012.

B.A.S.S. Conservation joined FOR in July, 2012. B.A.S.S. has had a member on the Executive Committee of both the Reservoir Fisheries Habitat Partnership and Friends of Reservoirs since the organizations inception.

Texas Black Bass Unlimited (T.B.B.U.) is a non-profit 501 (c) (3) corporation organized in 1985. Through the efforts of the original handful of conservation-minded freshwater anglers, the organization has grown to become a statewide organization of anglers and conservation-minded individuals. TBBU joined FOR in July, 2012 and is sponsoring partner of the Lake Livingston project and partnered with Texas Parks and Wildlife to evaluate the "Use of Plastic Fish Attractors to Enhance Aquatic Habitat" on six East Texas Lakes. .

Rocky Mountain Anglers promotes multi-species freshwater fishing, particularly for walleyes. RMA joined FOR in September, 2012 and has partnered with Utah Division of Wildlife Resources on the Willard Bay and Rockport projects.

The mission of The New Mexico Bass Nation Conservation Program is to provide  leadership by developing and supporting actions to protect, improve and sustain quality aquatic resources and user access. As role models, we continue to improve fishing through education, partnerships, communication and strong advocacy for sport fishing and sound natural resource management.
NMBN joined FOR in September, 2011. New Mexico Bass Nation is a primary partner in the Roswell and Elephant Butte projects.

The purpose of the Kansas B.A.S.S. Nation is to stimulate public awareness of bass fishing as a major sport and to offer the Kansas Department of Wildlife, Parks and Tourism our moral and political support and encouragement. KS B.A.S.S. Nation joined FOR in December, 2012.

The Illinois Bass Federation in a Not For Profit organization dedicated to promoting the sport of Bass fishing through youth, conservation and fish tournament programs. IBF is affiliated with The Bass Federation and joined FOR in January, 2013. IBF received a Small Projects Grant in 2015 and partnered with Illinois DNR to construct a plant nursery and introduce native aquatic vegetation into Clinton Lake.

The Lake Buchanan Conservation Corps (LBCC), an independent group, exists for the primary purpose of maintaining and improving the effectiveness of Lake Buchanan as a recreational area for all who wish to use it. LBCC joined FOR in January, 2013 and received a 2017 Small Projects Grant to work with Texas Parks and Wildlife Department to refurbish cedar brush piles and place Mossback artificial habitat into Lake Buchanan.

WesternBass.Com is the nation's fastest growing fishing website, and for good reason. It's supported by the best anglers in the West. WesternBass.com joined FOR in February, 2013. 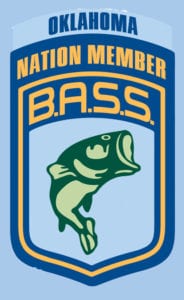 The purpose of the Oklahoma B.A.S.S. Nation is to: stimulate public support; offer our state conservation department our organized moral and political support and encouragement; promote full adherence to all conservation codes and to demand adequate water standards; detect and report any polluter and call public and political attention to their crime; improve our skills as bass anglers through a fellowship of friendly exchange of expert bass-catching techniques and ideas to promote and encourage youth fishing, and a love for this great recreation; function as a dynamic and effective link with individual chapters and other federations embracing the principles and purposes of the Bass Anglers Sportsman Society. OBN joined FOR in April, 2013.

Texas Association of Bass Clubs was organized in April of 1971 as a non-profit organization to work for Texas anglers. The organization was and ever shall be dedicated to the preservation or our sport, the conservation of our resources, and involvement with our Texas youth for the future of our State and the promotion of our sport. TABC joined FOR in May, 2013 and partnered with Texas Parks and Wildlife to evaluate the "Use of Plastic Fish Attractors to Enhance Aquatic Habitat" on six East Texas Lakes. 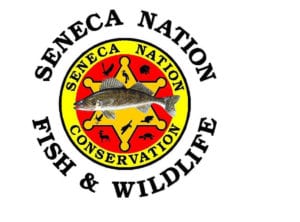 The Conservation Department was established in 1977 by SNI Council resolution for the creation of a department responsible for enforcement of SNI laws, ordinances and codes dealing with hunting, fishing, conservation, and environmental concerns. SNI completed a large project on the Allegheny Reservoirs by installing Fishhiding structures to provide structural habitat to these aging reservoirs.

B.A.S.S. has been a part of Idaho almost as long as tournament fishing has been around. Over the years our organization has put thousands of hours and dollars into the improvement of our water ways. Idaho Bass Nation joined FOR in April, 2014. 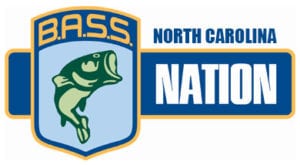 North Carolina B.A.S.S. Nation joined FOR in April, 2014 and like B.A.S.S. Conservation affiliates nationwide, is committed to preserving the sport of bass fishing through cooperative habitat restoration and youth recruitment efforts.

The B.A.S.S. Nation of West Virginia main goal is to stimulate public awareness of bass fishing as a major sport. To offer the West Virginia Department of Natural Resources our organized moral and political support and encouragement.

There is a saying that states an organization is only as strong as its partners. Thanks to a growing list of partners who assisted with our conservation projects our accomplishments are continuing to grow. Virginia B.A.S.S. Nation joined FOR in August,2014 and received a Small Projects Grant in 2015 to establish a plant nursery for introduction of native aquatic vegetation on Claytor Lake. VBN has since worked with partners to continue vegetation restoration efforts on Claytor.

Georgia Bass Nation joined FOR in September, 2015. GBN is a partner in structure habitat projects on West Point Lake and Strom Thurmond Lake.

Salt City Bassmasters is a Utah-based bass club that joined FOR in July, 2016.

Ozarks Water Watch is a nonprofit organization that works to preserve the water quality of upper White River watershed, located in Southwest Missouri and Northwest Arkansas which include the rivers, streams and four major impoundments: Beaver, Table Rock, Taneycomo and Bull Shoals Lakes. Formed in late 2001 as the Upper White River Basin Foundation, Ozarks Water Watch’s mission is: to promote water quality in the upper White River basin watershed thorough bi-state collaboration on research, public policy and action projects in Arkansas and Missouri. OWW joined FOR in November, 2016 and was an active partner in the Table Rock Lake National Fish Habitat Initiative.

Pennsylvania B.A.S.S. Nation joined FOR in March, 2017 and like all B.A.S.S. Nation affiliates recognizes the importance of conservation and quality habitat to preserving the angling traditions of our country.

The Indiana Bass Federation is dedicated to the enhancement, restoration, preservation and public access to our resources through conservation awareness, education and political action utilizing best management practices. IBF joined FOR in April, 2017.

Bass Unlimited is a 501 (c) (3) organization that was formed to impact public accessible waters in the United States with healthier populations of fish so that all ages of anglers, professional and amateur, will have a better, more productive and entertaining recreational experience. The mission is to provide resources for conservation, preservation and restoration of fish populations in public accessible waters for anglers of today and future generations. Bass Unlimited joined FOR in April, 2017.

Wyoming B.A.S.S. Nation  joined FOR in August, 2017 and like B.A.S.S. Conservation affiliates nationwide, is committed to preserving the sport of bass fishing through cooperative habitat restoration and youth recruitment efforts.

Dallas Bass Hookers joined FOR in August, 2017. DBH is a private, non-profit, sportsman’s organization dedicated to the sport of bass fishing and fresh water fisheries conservation. All proceeds raised by the club from dues, sponsors, tournament entry fees are returned to the members in the form of trophies, prizes and cash awards.

The purpose of our organization is to promote the sport of Bass Fishing and provide an opportunity for collaboration, fellowship and learning. Our goals are to: 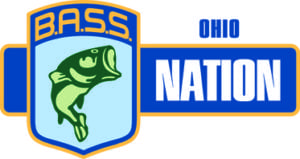 Ohio B.A.S.S. Nation joined FOR in August, 2017 and like B.A.S.S. Conservation affiliates nationwide, is committed to preserving the sport of bass fishing through cooperative habitat restoration and youth recruitment efforts.

U.S. Angler's Choice is a conservation minded team bass fishing series based in Southern IL and holding events throughout the Midwest. Our goal is to be involved in fishery habitat enhancement and maintenance issues on the lakes and rivers we enjoy competing on. To do our utmost to promote good stewardship and leaving our waters to be enjoyed by generations to follow. Angler's Choice joined Friends of Reservoirs in December, 2017 and is active in improving fish habitat in Rend Lake, Illinois.

Birmingham, Ala. – Virginia B.A.S.S. Nation conservation director Joan Blankenship was presented with the Friends of Reservoirs Award at the... Read More